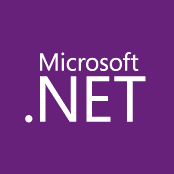 Updated for 2019 - but this time I ended up removing a bunch of stuff, like Angular. New items are bolded.

Here is my (mostly) comprehensive list of tools I use for development, either at home or work.  It’s like Scott Hanselman’s, but focused almost purely on development, with a couple of extras.  While you’re at it, go check his out.  All opinions are my own and are not bought or sold.

Visual Studio – the essential tool for .NET devs everywhere, especially ones still tied to the .NET Framework. Not much else to say except that it has a great starting toolset for any developer and amazing plugin support.  The Community edition gives the masses the power of the Professional SKU, for free.  Simply amazing and getting better with every release.

JetBrains Rider – this has emerged as a real contender as a .NET IDE. I love using this on the Mac side (still have to use Visual Studio for the "old" .NET Framework stuff). It's like having a super fast ReSharper in your IDE.

Visual Studio Code – Microsoft's cross-platform IDE has taken the lightweight-yet-extensible text editor world by storm. I use this on my Mac for developing ASP.NET Core apps, writing Markdown files, and just editing plain text files. Has almost totally replaced my use of Notepad++. The plugin system and rapid development turnaround is going to threaten the paid alternatives in a big way (Sublime, I'm looking at you).

Parallels - my preferred virtualization platform for running Windows 10 on my Mac. Fast and excellent support.

Node Package Manager - best tool for installing your command-line dev tools and front-end frameworks. I use it in conjunction with Visual Studio and Visual Studio Code to do development across several stacks, including WebForms apps that I support.

SQL Server Management Studio – it ranges from a useful IDE for SQL to a huge time saver for things like table creation and script generation.  The DROP and CREATE tools are awesome for generating scripts for tables, stored procs and more.

LINQPad – the best .NET code scratchpad on the market. It's not just for writing LINQ queries - it's   It’s not a complete replacement for SQL Management Studio, but for complex queries with lots of data, it’s my first choice.  The Premium edition is a steal and makes this essential tool 5 times more useful with C# autocomplete, NuGet, cross-database query support, and debugging.

NimbleText – thanks to Scott Hanselman, I have found this program – and my new favorite way to write repetitive code or handle small or large data transformation tasks.  I’ve used it from everything from writing HTML to generating SQL insert scripts.  Its time-saving power cannot be overstated.  And, it’s FREE!

Balsamiq - my personal favorite mockup tool. I use the Desktop version, though the cloud versions are good products too!

Fiddler – the essential tool for viewing and diagnosing HTTP requests that are happening on your machine.  Turn on SSL decryption and see previously-unknown HTTPS requests decrypted before your eyes.  Use it to view incoming and outgoing HTTP requests in real time.  Turn it into a proxy and send a device’s HTTP requests through it to test devices within your network.  Replay captured HTTP requests with its Composer system.  Fiddler’s amazing abilities cannot be overstated.  It’s helped me diagnose and fix more problems with HTTP services than any other tool.

dotPeek – my favorite way to decompile .NET code, free from JetBrains.  It even has the ability to break a .NET DLL/EXE down into a fully-structured Visual Studio project!

Postman – my second-favorite way to test HTTP services is Postman.  Postman has an easy-to-use interface and provides a straightforward way to make HTTP requests.

PowerShell - easily the best scripting language on the Windows platform. Great scripting plus the power of the .NET Framework at your disposal when you need those extra awesome features. Also, recently made cross-platform!

Webpack - bundle all of your JS, CSS, TS, etc files together for delivery to your local friendly web app. I use this on new and old projects alike. Powerful and simple to configure.

ReSharper – perhaps the most essential tool for .NET devs around the world.  Amazing refactoring that puts Visual Studio’s default refactoring capabilities to shame.  Code generation that makes writing constructors, methods, or pretty much anything a snap.  Search tools that makes navigation through code effortless.  A built-in test runner that makes running and viewing tests a breeze.  A code analysis tool to help you find mistakes and potential pitfalls in your code.  Built-in added support and intellisense for common frameworks such as ASP.NET MVC.  It is truly the god of all Visual Studio plugins.  Go download it and tell your friends.

OzCode – if you’re a C# developer, you need OzCode.  It turns debugging from a necessary chore to a borderline delight.  Break down code expressions, highlight the most needed data in an object, compare data between two objects, find all objects of a given type in memory, and exceptional exception handling make OzCode a star – and that’s just the tip of the iceberg.

Web Essentials – a great tool by Mads Kristensen of Microsoft – it’s his personal testbed for new web-based Visual Studio features.  Features things like quick HTML typing using ZenCoding, a link between the browser and Visual Studio for seeing immediate changes to your changed HTML/CSS, better Intellisense for CSS/HTML/JavaScript/Angular, and so much more.  Install it and watch your productivity in web development go to 10.

GhostDoc - best way to quickly write your XML code comments. Makes it so easy to annotate your code with comments about the code you're writing.

Git - the favorite source control solution for tons of developers. So prevalent that all recent Microsoft open source code is published to GitHub instead of their own internal SCM, Team Foundation Server. Most powerful learned with the command line or using tools such as...

GitKraken – a great visual tool for Git users.  Much better than SourceTree IMO.

C# - my preferred backend language since the start of my career. So much power and ease in the language and in the .NET Framework. Made even more relevant with the recent introduction of .NET Core.

JavaScript - famously called the machine language of the web, it's the most critical language for any software engineer of all disciples and skill levels to master if you're doing web work of any kind.

TypeScript - my preferred language for all JavaScript development I do. Embraces the weirdness of JavaScript while adding awesome features like a better type system, interfaces, and all of the features of any flavor of ECMAScript.

Microsoft Azure - the no-brainer hosting solution for .NET developers and, well, any developers for that matter. Runs Windows as well as it runs Linux, Unix, you name it. Amazing interface and tons of power - even has a RESTful API that you can use to spin up and maintain servers.

ASP.NET Core – built on top of MVC, Web API makes spinning up an RESTful API a breeze.  Host it in IIS or self-host on top of OWIN (this works great with Topshelf.)  Use it to power everything from your mobile app to your single-page application, powered by your favorite JavaScript frontend framework.  Versatile and fun to use.

React - amazing view library which has gotten a ton of love in the last couple of years. Combine it with your tooling of choice to create awesome web apps that scale well from a codebase perspective. Write your views in JavaScript using JSX and put the power of your HTML into your JS, as opposed to the other way around with Angular. (Yes, I took Angular off this list.

SignalR – the easiest and most powerful way to create an excellent realtime experience for the web or anything that can connect over HTTP.  I personally used it to power realtime text message communications between a Xamarin-powered mobile app as well as a desktop app.

Entity Framework – my favorite way to access a database, period.  Use LINQ to communicate with your database, create your data views using attributed POCOs and easily update your model with Migrations.  It’s not for everyone, but it’s fast enough for most use cases and getting better every day.

Dapper – when I want a way to quickly access a database using SQL, Dapper has my back.  Deceptively simple API for what turns out to be a very fast way to access data.  Powers the data access layer behind StackExchange, one of the highest traffic websites on the planet.

Newtonsoft.JSON – the standard for JSON serializing and deserializing in .NET.  Used everywhere.  Go and buy him a beer – James Newton-King has made all of our lives easier.

AutoMapper — used to map properties in objects together. One of my favorite libraries in .NET. I combine it with AutoMapper.Attributes to create self-documenting type definitions.

MediatR — a great in-memory request/handler system. I use it in all of my ASP.NET Core projects as the backbone to my implementation of CQRS.

FluentValidation - By far my favorite way to validate requests and other objects. I combine it with MediatR to create a great request-validator-handler pipeline. (Bonus: see my Recess projects for an example implementation!)

RabbitMQ – when you need a reliable messaging queue for your suite of applications, RabbitMQ is a strong choice.  If using .NET,EasyNetQ makes the experience that much easier – it abstracts the most difficult parts away into message passing via POCOs.

Moment.js – Dates in JavaScript are harder than they need to be.  Moment.js makes it that much less difficult by providing a simple and powerful date API.  Usually my second web project add-in (first being Underscore, of course.)

WinRAR – my choice for compression.  Yeah, I know Scott Hanselman recommends 7Zip, but I'm codger-y and like WinRAR. (Thanks for all those who pointed out that, in fact, you can configure 7Zip's context menu to require one click.)

Treesize Free – a great cleanup tool for those who have constrained hard drive space.

LastPass – a wonderful password manager that makes managing logins a much easier endeavor.  When you’re in IT, you know how crucial it is to keep track of passwords and LastPass makes that much much easier.

Reddit– I subscribe to r/programming, r/dotnet and a handful of other useful programming-related subreddits.  Useful for a quick mid-day browse when you need to look away from Visual Studio for 5 minutes.

Hacker News – not necessarily programming focused, but it has some interesting tech-related topics.  I just started reading this recently.  Clearly, I’ve missed the party for a long time.

StackExchange– if StackExchange doesn’t have an answer to your programming question or problem, then you’re probably on your own.  Learn from the wisdom of others’ mistakes and find quick, elegant solutions to your programming problems.  Chase down those obscure exceptions.  If you haven’t used it, then you’ve never used Google to solve a problem.

Scott Hanselman’s Blog – Scott Hanselman is my main man.  His blog posts are always interesting and valuable and his contributions to the Microsoft dev world cannot be overstated.

Twitter - the best way to communicate with other professionals in your industry in a meaningful way.

Ghost (blogging platform) - recently replaced WordPress in my life. Ghost focuses on one thing and one thing well - creating a great blogging experience. I love the use of Markdown over a WYSIWIG editor. I love its pure speed over Wordpress. Probably going to move to Gatsby soon though...

GitPitch — I use this to create presentations. Write simple slides in Markdown and commit to a GitHub repo, and voila — instant great looking slides. Used to be PowerPoint or Keynote, but GitPitch takes a lot less time, and my code slides look great since GitPitch uses GitHub Flavored Markdown.

Trello - helps me keep track of all of my speaker submissions, my current talks, and any conferences I want to submit to. Useful for so much more.

Camtasia Studio - my favorite tool for recording screencasts and demonstrations. Expensive, but worth it if you do this kind of thing a lot. Open Broadcaster Software (OBS) is a free alternative.